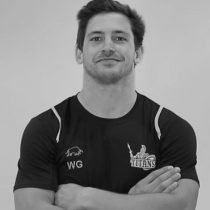 Goodwin was a standout for the National League Two North outfit for several seasons and his performances have earned him a chance in the professional ranks when he moved to Championship club Rotherham Titans.

Goodwin, who can also operate at scrum-half, made 20 appearances for Chester in the 2015 season, scoring seven tries and kicking 151 points.