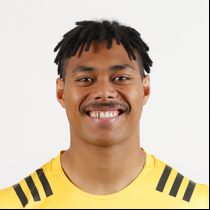 Li made his senior debut for North Harbour during the 2013 ITM Cup while aged just 18 years old and still attending high school.

He has shown plenty of promise since making his Super Rugby debut for the Blues in 2014. In the 2015 World Rugby Under 20 Championship, Li scored a hat-trick against France becoming the highest try-scorer in tournament history.

His ability to beat a defender at paired with his overall skills meant that he become the first-choice winger for the Blues and scored four tries in the 2016 Super Rugby season.

Ahead of the 2017 Super Rugby season Tevita Li left the Blues, having made 30 appearances and scoring 7 tries, and joined the Highlanders where he would link up with the likes of Ben Smith and Waisake Naholo to form a dangerous back three for the Dunedin side.

Li returned to some of his best form in 2017 with his new side scoring 4 tries in 11 matches for the Highlanders and started the match against the British and Irish Lions.

He also topped the Mitre 10 Cup scorers list with 11 tries, 4 of which coming in one match against Taranaki.

He signed a contract to play in Japan and left North Harbour ahead of the 2019 Mitre 10 Cup.

The speedster took his Super Rugby cap tally to 66 and scored 19 tries for the Highlanders by the end of the 2019 season.

He signed for Suntory Sungoliath for the 2020 Top League season.