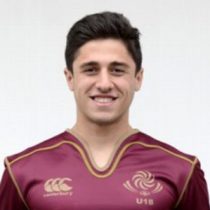 Georgia have become well known for producing top class front rowers, however, playmaker Tedo Abzhandadze is part of the new generation breaking the trend showing that they are a rugby nation of far more than just strong front rowers.

The talented flyhalf broke into the Georgian U20 side in 2017 and featured in every match at the 2017 and 2018 editions of the U20 Championship.

Abzhandadze earned his test debut at the age of 19 when he was given the starting no.10 jersey against Samoa in November 2018.

Since then he has represented the senior side 7 times (all in the starting line up), scoring 32 (all from the tee).

Once again he has been included in the Georgian U20 squad for the 2019 U20 Championship and has been tipped to make the senior squad for the Rugby World Cup in Japan.