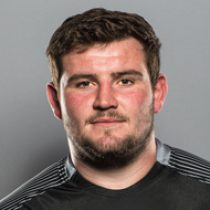 Wilson started playing rugby aged six with local club Berwick RFC and has been a member of Newcastle Falcons’ academy since he was 15.

Completing his education at the famous Sedburgh School, Wilson captained the school’s first XV in his final year before starting full time training with the Falcons at the start of the 2012/2013 season.

His introduction to a Falcons starting XV came quickly as he took to the Kingston Park Stadium pitch against Cross Keys in the British and Irish Cup in October 2012 before going on to make a further 15 appearances for the first XV as the Falcons made an immediate and triumphant return to the Aviva Premiership.

Wilson then completed a remarkable season as part of the victorious England U20 team in the IRB Junior World Championships in France. Making a further 19 first team appearances the following season, he established himself amongst the Falcons senior squad and scored his first Aviva Premiership try against London Irish in the opening game of the 2014/15 season, making a further 13 appearances the following term before succumbing to a series of injuries.

In August 2018, after making 80 appearances for Falcons, Wilson was forced to retire from professional rugby due to injury.