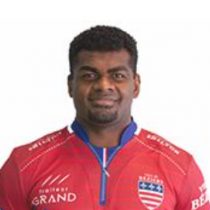 Rawaca made appearances for the Bua 7s Team and was selected to represent the Fiji National Sevens side in 2014 Gold Coast Sevens.

On 13 January 2016, Rawaca signed a professional contract with English club Saracens in the Premiership from the 2016-17 season, prior to being selected to represent the Fiji squad for the 2016 Summer Olympics.