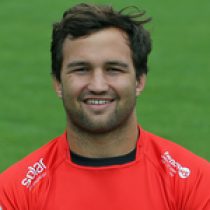 A native of Perth, Australia, Ryan represented Australia Universities before playing Super Rugby with the Melbourne Rebels between 2012 and 2014.

Hodson, who joined London Welsh in 2015 from Jersey, captained the Exiles to the British and Irish Cup title in 2016 and made a total of 38 appearances.

In February 2017, he signed for Harlequins as short-term injury cover for the back row.