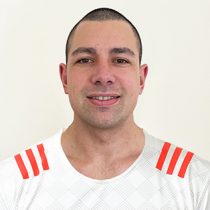 Rob Thompson joins the Highlanders in 2016 after an explosive 2015 ITM campaign for Canterbury where he stood out as one of the form backs throughout the competition.

Thompson is an exciting player who debuted for Canterbury in 2013 and after a solid year earned a wider training group contract with the Crusaders leading to his Super Rugby debut against the Blues in 2014. He is a powerful runner who has the strength to play in the midfield and the speed to play in the outside backs. Thompson has provided versatility and depth to the Highlanders midfield stocks.

Thompson has made 11 Super Rugby appearances and has scored 5 tries ahead of the 2017 Super Rugby season.

Thompson took his Super Rugby caps tally to 22 during the 2017 Super Rugby season and scored a further 5 tries.

He was also named in the New Maori squad to face the British and Irish Lions.

Thompson was in fine form during the Mitre 10 Cup season as he helped Canterbury to the Premiership final and was once again included in the Maori All Blacks squad for their end of year tour.

Thompson starred in opening rounds of the 2018 Super Rugby season filling the vacant 13 jersey following the departure of Malakai Fekitoa and in May he signed a new deal with the Landers that would see him remain at the side until the end of the 2019 season.