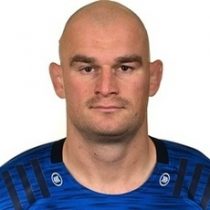 Son of former Wales and Leinster coach, Mike, back row forward Ruddock made his Leinster debut in 2008. Ruddock was born in Dublin and opted to play for the country of his birth rather than the country he grew up in, Wales.

Due to injuries to other back rows, Ruddock was a surprise selection for Ireland’s 2010 summer tour of the Australia. Ruddock came off the bench and made his debut against Australia.

Ruddock is highly regarded within Leinster rugby, and was the provinces youngest ever captain when he captained the side that played Aironi in 2011.

He has made 162 caps for Leinster to date and has played 26 times for Ireland.

Ruddock was recalled to the Ireland squad for the November Tests and went into test window with 19 caps.

He heads into the 2019 Champions Cup with 38 appearances in the tournament and has scored 5 points.