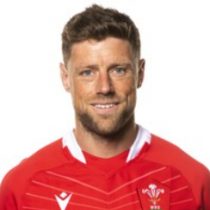 A versatile fly half who has also played at full back. The former Wales U18/20 international made his Scarlet’s debut as an 18 year old in 2005.

He burst onto the international scene in the 2011 Rugby World Cup in New Zealand, where he steered Wales to their first semi-final since 1987 and was regarded by many observers as one of the competitions best performers.

During Priestland’s playing career in West Wales, he became the Scarlets top points scorer with over 1000 points.

Priestland prolonged his stay with Bath after joining on an initial two-year deal from the Scarlets in the summer of 2015.

In January the fly-half was named in Wales 2018 6 Nations squad having reached the 50 test mark against New Zealand in November 2017.

His injury proved severe enough that he did not take part in the tournament.

In February 2021, Priestland signed a long-term contract with Cardiff Blues from Bath Rugby.