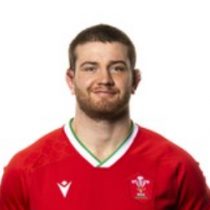 Highly regarded in Welsh rugby, the 20 year prop began his career with one of the Scarlet’s feeder clubs, Llanelli RFC, for whom he made 15 appearances. It was inevitable that Jones would progress to the Scarlet’s first team, and his form since his progression to the first team earned him a Welsh cap as he made his debut against the Barbarians in 2012.

In 2016, Jones signed a two-year contract with Welsh club Ospreys. He has won 14 caps for Wales and was named in their 2017 Six Nations squad.