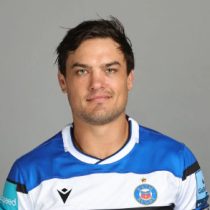 The lock played 23 times for the Western Province in the 2011/2012 season and his impressive form saw him selected to play for The Stormers on four occasions. Roux decided to move for pastures new and signed for Leinster ahead of the 2012/2013 season. Roux is a line out expert and has a bright future in the game. He moved to Connacht on loan in 2014 to gain experience.

He extended his contract with Leinster in March 2013, signing a two-year extension to the original deal.

In the following season, Roux made seven appearances in the Pro12, with all but one of his appearances coming as starts. On 12 October 2013, he made his Heineken Cup debut and came on as a replacement in the province's win over the Ospreys.

Ahead the 2014–15 season, it was announced Roux was joining Connacht, another Irish province, on a loan deal to last until 31 December 2014.

On 25 May 2016 Roux was selected as part of the 32-man squad for the tour of South Africa, with his skills impressing well enough for his contract to be extended by a further 2 years until the end of 2018.

In June 2017, Roux was named in the Ireland squad for the summer tour to USA & Japan, having previously earned one cap.

Roux took his test cap tally to 6 following the tour to Australia and the big South African born lock went into the 2018/19 season having already represented Connacht 79 times.

After 85 appearances for the province, Roux signed a two-year contract extension up to the end of the 2020-21 season.

As of April 2020, he has made 100 appearances for the Irish province since his debut.

In May 2021, Roux announced that he would leave Connacht following 106 caps over 7 years.