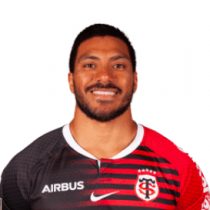 Auckland born Pita Ah Ki made his name at junior level having represented both Tonga and New Zealand at Under-20 level before joining North Harbour.

He had an impressive ITM Cup campaign in 2012 which earned him a spot in the Blues Wider Training Squad for the 2013 Super Rugby season.

He joined the All Blacks Sevens team squad later that year and helped the side win the 2013 World Cup Sevens and a silver medal at the 2014 Commonwealth Games in Glasgow.

Ahki made his Super Rugby debut against the Bulls in 2014 and made 13 appearances for the Auckland franchise before his move to the Hurricanes in 2015.

He continued to represent the All Blacks Sevens in World Sevens Series and North Harbour before making his move to Waikato ahead the 2017 Mitre 10 Cup.

In October 2017, Ahki signed a deal with Irish Pro14 side Connacht.

In February 2018, he decided to join Toulouse at the end of the PRO14 season having spent just five months in Galway.

Ahki made 7 appearances for Connacht and joined Toulouse ahead of the 2018/19 season.

He made 21 appearances in his first season with the Top 14 side.