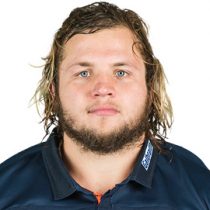 As a scholar, Schoeman represented the Blue Bulls at various youth tournaments. He played for them at the Under-16 Grant Khomo Week in 2010 and at the 2011 and 2012 Under-18 Craven Week tournaments.

In 2014, he was selected in the S.A. Under-20 side for the 2014 IRB Junior World Championship in New Zealand. He was the first points scorer for his side at the tournament, getting an 18th-minute try to help the side to a victory over Scotland.

Schoeman made his first-class debut during the 2014 Vodacom Cup competition.

In November 2017, Schoeman was named Currie Cup Forward of the Year as well as Super Rugby Most promising or Improved Player of the Year at the Blue Bulls awards ceremony.

In April the Bulls confirmed that Schoeman would join Pro 14 side Edinburg at the end of the 2018 Super Rugby season.

After 31 appearances and two tries scored for Edinburgh, Schoeman signed a new deal with the club.

As of June 2020, he has made 39 appearances and has scored 15 points at the Scottish capital.

In October 2020, Schoeman was awarded Edinburgh's Caullie Lug - given to the player that showed the most commitment to the jersey in 2019-20.