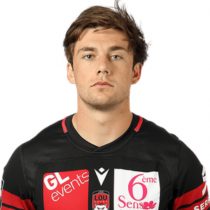 A promising talent coming through the Lyon ranks and has produced on his promise since he has been integrated into the senior team.

His debut season, 2016/17, he earned three caps in the Challenge Cup, scoring one try but failed to make his TOP14 bow.

He really broke into the side during the 2018/19 season making 19 appearances for Lyon, including 5 Champions Cup appearances scoring two tries.

After a good season with Lyon Barassi earned a call up for the French side in the World Cup and was named on the bench for their game against Tonga. Not in the original squad, but called up after France's opener against Argentina, as an injury replacement for Wesley Fofana

He heads into the 2019/20 season as a test international and has 15 European caps.