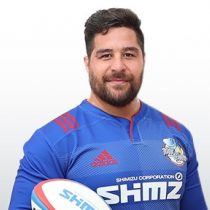 Originally from Wellington, New Zealand, Cowan has spent much of his career playing for Australian teams and has gone on to represent the Wallabies on several occasions.

A loosehead prop or hooker by trade, his versatility made him a highly attractive acquisition for the Western Force.

Cowan first joined the Western Force in 2006 as an 18-year-old before making his debut against the Waratahs later that year. A member of the foundation squad, Cowan is the second most capped Force player, trailing behind former captain Matt Hodgson, with 130 appearances in the blue and black.

Cowan made his international debut in 2009 when he was selected in the June test match against Italy and went on to make 10 appearances for the Wallabies.