Wallabies Squad Named For Argentina Tour: Arnold in, Kerevi out

Wallabies coach Dave Rennie has confirmed a 36-man squad that will tour Argentina for the opening two matches of the 2022 Rugby Championship.

Rennie has brought in a number of fresh faces who missed the England Series, with Australia A representatives Jock Campbell, Matt Gibbon, Lalakai Foketi and Fraser McReight all called upon following strong performances in the Pacific Nations Cup in Fiji.

Reds fullback Campbell and Melbourne prop Gibbon are two of four uncapped players in the group, with Rebels powerhouse Pone Fa'amausili and Waratahs versatile forward Jed Holloway also in contention for their first Tests on the tour.

Star centre Samu Kerevi misses the Argentina leg of the Rugby Championship as he links up with the Australian Sevens team for the Commonwealth games.

Overseas-based lock Rory Arnold re-joins the group for the first time in 2022 after three starts on last year's Spring Tour, while two-Test inside centre Irae Simone is also back in the national frame after a standout Super Rugby Pacific campaign with the Brumbies.

The balance of the squad is made up of those who were involved in the eToro England Series, with the group to play Los Pumas on the 6th and 13th of August (local time) in Mendoza and San Juan respectively.

The squad will assemble on the Gold Coast on Tuesday before travelling to Argentina on Friday.

Wallabies coach Dave Rennie said: “We were massively disappointed on the weekend but we're only three matches into a 14-Test season so we need to take the lessons on board quickly and learn from them."

"To be able to pick guys who have performed well in the Australia A program against quality International opposition is a massive positive and we're looking forward to welcoming them to the mob next week.

"We're well aware of how tough the challenge is of playing Argentina two weeks in a row on their home soil and they'll be full of confidence after their series win over Scotland." 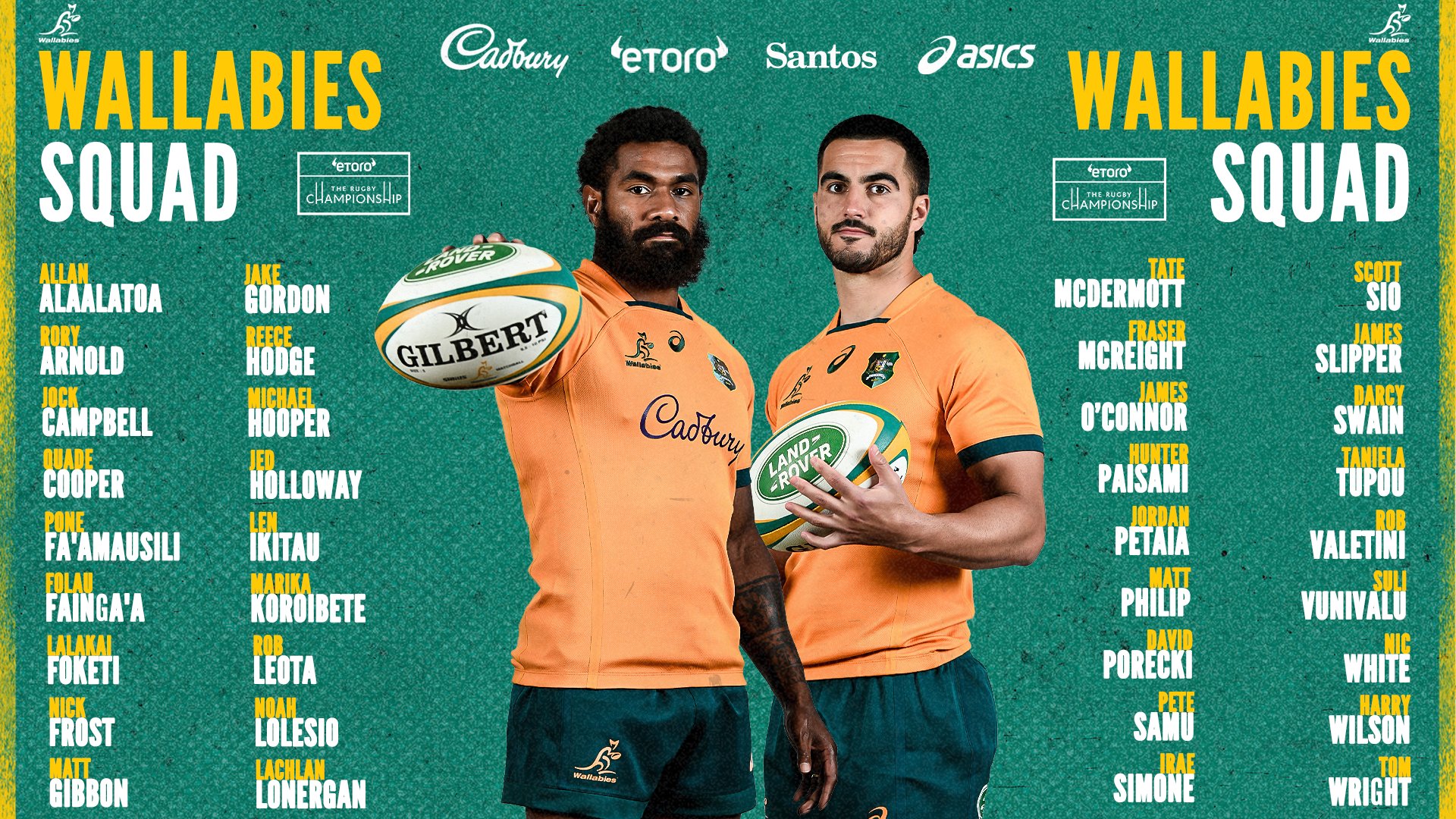