All Blacks duo Aaron Smith and Liam Coltman are set to miss the Highlanders’ clash against the Jaguares on Saturday as they complete their enforced All Blacks' rest requirements.

England prop Joe Marler and centre Manu Tuilagi will learn their fate later this week after the Six Nations set a date for their disciplinary hearings.

Marler has been cited for the incident which saw him grab the genitals of Wales’ captain Alun Wyn Jones while Tuilagi will also face a hearing following the red card he received against Wales for a dangerous tackle.

England’s versatile forward Courtney Lawes has also been cited for a dangerous tackle in the encounter against Wales. Read more

France team manager Raphael Ibanez has said that he has put in a request to the Six Nations to have a look into an alleged eye-gouging by Scotland loose forward Nick Haining.

The incident Ibanez is referring to is said to have kicked off the scuffle and eventual red card to French tighthead prop Mohamed Haouas who punched Jamie Ritchie in the weekend's loss at Murrayfield.

Haouas was red-carded before half time but French television footage claims to show Haining making contact with the Montpellier front-rower's eyes in a scuffle beforehand. Continue reading

Another Six Nations game has been postponed

Another one of Ireland's games has been postponed! ☘️ #SixNations

The Six Nations clash between France and Ireland at the Stade de France will not go ahead on Saturday. France's decisive Six Nations encounter with Ireland has been postponed due to the spread of coronavirus.

Les Bleus' hopes of a Grand Slam were ended by a defeat to Scotland on Sunday, and they are now level on points with England on 13 points after four matches. They can still clinch the title with a victory over Ireland at the Stade de France, but now face a wait to have that fixture played.

The Six Nations have since confirmed that Saturday’s meeting of Wales and Scotland in Cardiff will go ahead as scheduled, despite reports the game was set to be postponed.

England head coach Eddie Jones will meet with RFU chief executive, Bill Sweeney, in the next fortnight to decide whether to sign a new contract to stay on as England head coach with his current deal expiring at the end of next season.

The England coach will arrive at the negotiating table with a strong hand boasting an impressive run that saw England reach the World Cup final and win a Triple Crown in the last year.

Japan Rugby has suspended Japan's premier rugby competition the 'Top League' for three weeks following the arrest of a Hino Red Dolphins player for drug use.

This comes off the back of a two week hiatus due to the coronavirus outbreak, and Japan Rugby have announced that “the league will undergo a full investigation and aims to restore the public’s faith in rugby’s core values.”

It is reported that New Zealander Joel Everson is the player who is alleged to have used cocaine, and a statement released by the league said that there will now be a process of education.

"We have betrayed our fans and society, and we must work diligently to restore trust."

Nicky Thomas returns to the Ospreys 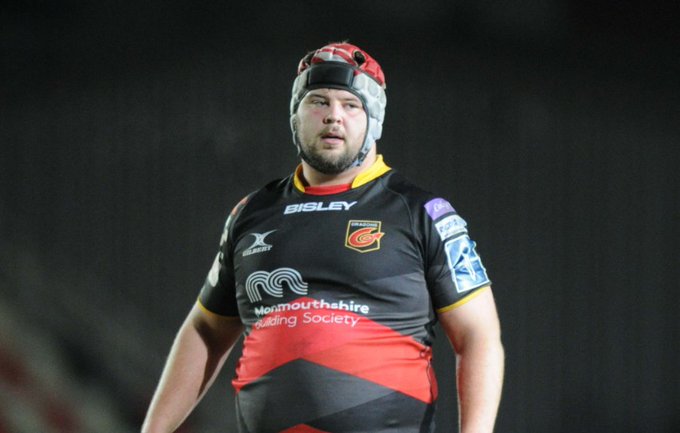 Bristol prop Nicky Thomas has rejoined the Ospreys on a two-year deal from next season.

The former Wales Under-20 international, now 25, had spells at the Ospreys, Dragons, Gloucester and Scarlets before joining Bristol last summer.

“There is unfinished business for me with the Ospreys,” Swansea-born Thomas told the region’s official website.