The Munster team to face Leinster has been named by Head Coach Johann van Graan ahead of Saturday’s Guinness PRO14 Interpro derby at Thomond Park.

There are two changes to the side that won away in Connacht two weeks ago as Rhys Marshall and John Ryan come into the front row.

Haley will make his 50th appearance for the province at full-back while Jack O’Donoghue, who has 128 Munster appearances, is set to play his 100th game in the PRO14.

James Cronin packs down alongside Marshall and Ryan in the front row with Jean Kleyn and Tadhg Beirne in the engine room.

Gavin Coombes, O’Mahony and Stander form the back row.

Conor Murray and JJ Hanrahan start in the half-backs with a centre partnership of Damian de Allende and Chris Farrell.

Haley starts at full-back with Keith Earls and Shane Daly on either flank. 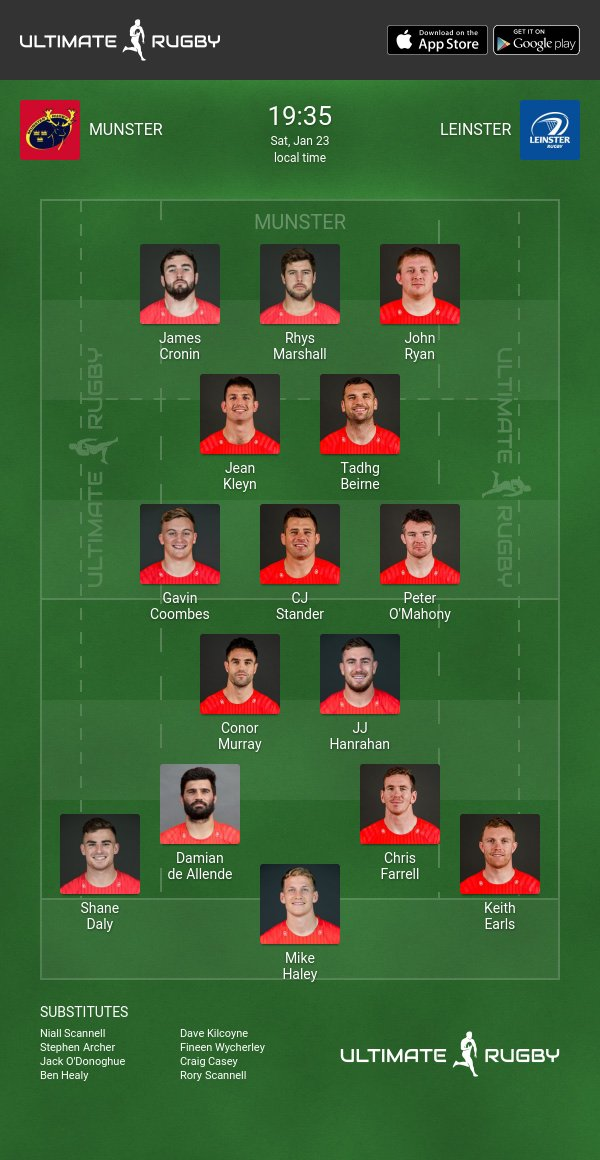 Garry Ringrose makes a welcome return from a jaw injury to take his place in the centre, with Johnny Sexton to captain the side from out-half.

The back three sees Hugo Keenan in the full-back jersey, with Jordan Larmour on the right wing and Jimmy O’Brien on the left.

Robbie Henshaw is selected at inside centre with Ringrose winning his 80th cap outside him.

Captain Sexton is joined by Luke McGrath in the half-backs.

In the pack, Cian Healy is joined by Seán Cronin and Andrew Porter in the front row.

Scott Fardy and James Ryan are selected behind them in the second row, while Rhys Ruddock, Will Connors and Caelan Doris complete the pack. 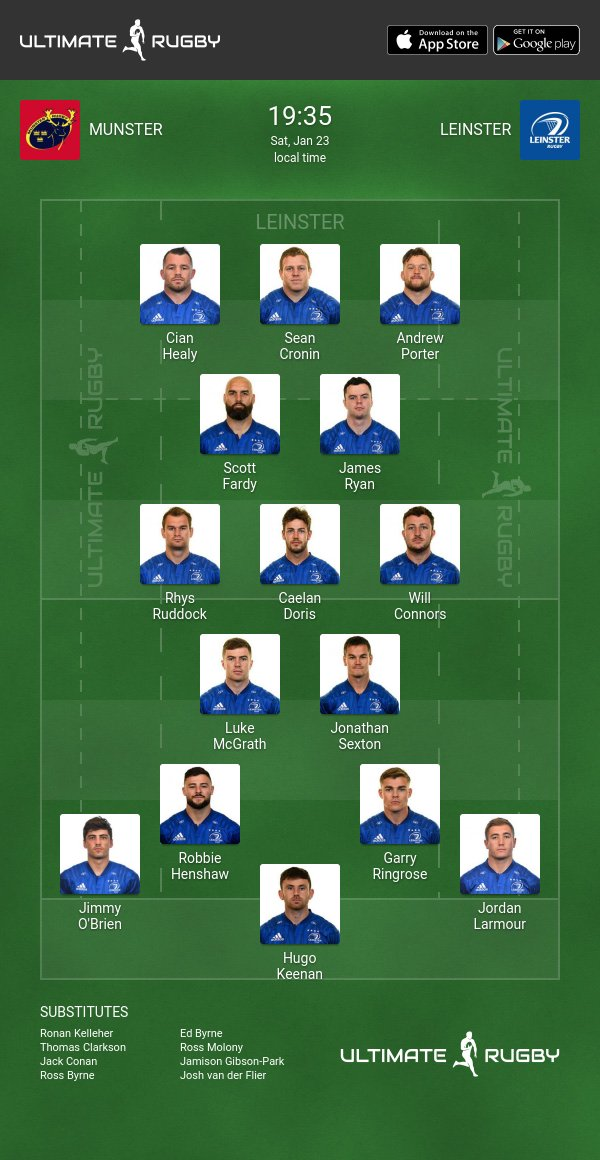