Silly season is in full blossom as the reports over player and coach movements rack up as well as the potential impacts of the coronavirus.

We wrap all of the latest player movements as well as a few rumours doing the rounds across the rugby world.

Wales u20 sensation to return home from Leicester

After dazzling in the Six Nations win over England for Wales u20s, Sam Costelow has penned a deal with Scarlets and will join the club next season.

The talented 19-year-old has earned rave reviews for his man-of-the-match display at Kingsholm on Friday night and the Scarlets have snapped up his services from Premiership club Leicester Tigers ahead of the start of the next season. Read more

Eddie Jones was offered a role from ambitious Rugby League side, the Toronto Wolfpack who already have Sonny Bill Williams on their books.

The captain of the USA national side became a cult hero during his time at the Welsh capital and hangs up his boots after a decade of playing at the highest level of the game.

Scully departed Cardiff Blues in the summer of 2019 after four seasons at Cardiff Arms Park, where he made 52 appearances. Full Story

Blue Bulls Company CEO Alfons Meyer has confirmed they have instigated talks with Jake White about possibly joining the union.

Afrikaans newspaper Rapport reported on Sunday that the Bulls are looking to bring in White to replace Alan Zondagh as director of rugby.

Following the report, Meyer told Netwerk24: "We are in talks with several guys, including Jake. But to brand him as favourite for the job is premature".

Staying with the Bulls, the reports last week linked the side with moves for Jesse Kriel and Marcell Coetzee to further bolster the squad. Kriel’s return to Pretoria will depend on the structure of the Japanese Top League season, which has been affected by the coronavirus while the Bulls will be in conversation with Coetzee’s agent to establish whether the loose forward is interested in a move to Pretoria with Ulsterman still under contract until 2022.

Sarries update via the Rugby Paper

Springbok tighthead prop Vincent Koch is set to become the latest Saracens player to declare for the club.

The report states that Saracens appear to have won the tug of war with Sale Sharks and Scarlets for the World Cup winners services.

The same report by Neil Fissler states that Saracens are discussing a new deal with England International Nick Isiekwe with the forward set to go on loan in the Premiership once Saracens are relegated - likely to Gloucester or Harlequins.

It also says that the club have signed Aled Davies to replace Bath bound Ben Spencer. This follows the confirmation of Max Malin and Ben Earl signing loan deals with Bristol.

Meanwhile, George Kruis is on the verge of signing for Robbie Deans' Panasonic Wild Knights in Japan.

French games to be played behind closed doors

The Coronavirus could end up costing Top 14 clubs millions of Euros according to Toulouse owner Didier Lacroix.

Rugby games across Europe and Japan have already been impacted by the virus with the most notable fixturing in France being the Six Nations clash between France and Ireland.

This could mean that three rounds of the PROD2 and TOP14 club be played behind closed doors or crowds of 1,000 spectators or less. The likes of Toulouse, Clermont and Racing 92 must also include European quarter-finals into that equation.

In January, Fijian International Leone Nakarawa completed his return to Glasgow until the end of the 2019/20 season after departing Racing 92.

According to a report by Midi Olympique, Glasgow have retained the second rower's services until June 2021. Nakarawa is currently sidelined for five weeks with a knee injury but he was wanted by numerous clubs across Europe.

Staying with reports from Midi Olympique, the paper has reported that veteran Wallaby back Kurtley Beale could leave the Waratahs and head to France.

Beale signed a deal with Rugby Australia and the Waratahs until the end of 2020 last year due and didn't want to commit longer due to the doubt around Michael Cheika's future and who would replace him.

Multiple clubs are interested in the Wallaby with the paper reporting that Racing 92 are leading the way as they look to replace Brice Dulin who is joining La Rochelle at the end of the current season. 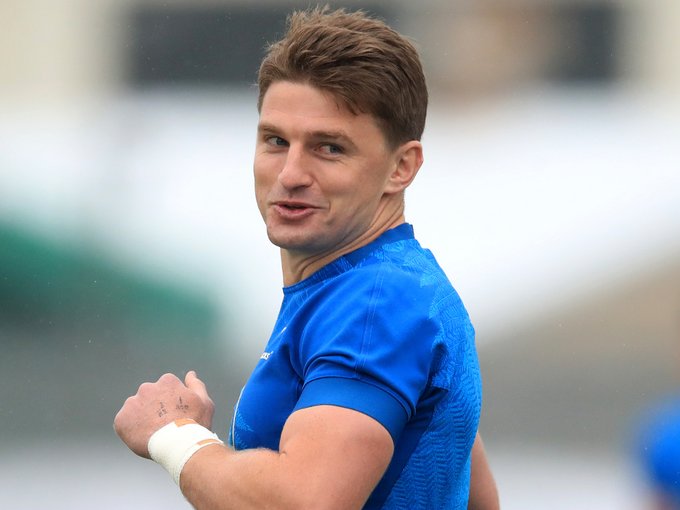 All Blacks playmaker Beauden Barrett has officially been welcomed by the Blues following his extended break after the end of the Rugby World Cup last November.

While no firm date for Barrett's Blues debut has been confirmed by Barrett or the club, Newshub understands he will run out on Eden Park against the Hurricanes on April 11.

Isaia Toeava has been on a number of clubs' shortlists after Clermont confirmed that he will not be offered a new deal with his contract expiring at the end of the 2019/20 season.

The former All Black looks set to join Toulouse ahead of next season after rejecting offers from Pau and Perpignan according to another report by Midi Olympique.

Ardron Set To Leave The Chiefs

A standout at the Rugby World Cup in Japan, Canada Captain Tyler Ardron has continually impressed for the Chiefs since his arrival in 2018 but could leave the side to join TOP14 side Castres.

The former Ospreys man is contracted to the Chiefs until 2021 but the report is unclear if he would join early or once the 2021 Super Rugby season is completed.

Castres have lost a few veterans to retirement and Ardron's sign would see them cover the entire back row and second row.

South African Super Rugby side, the Lions have confirmed the departure of flanker Cyle Brink with immediate effect.

The flanker is rumoured to have signed with the Leicester Tigers following a torrid run of injuries seeing him miss out on a Test debut.

If reports here are to be believed that means he is not in the current plans of the Springboks.

I hope he has a great run injury-free and can force his way back in. https://t.co/Qi2DsfB0rB

The Ospreys have announced their third signing ahead of next season.

Bristol Bears prop Nicky Thomas, who has played for Wales U20s, has joined the region on a two-year deal.

Loader to stick with Exiles

London Irish back Ben Loader is set to sign a new deal with the Exiles while Dave Porecki is set to return to Australia to link up with the Waratahs according to the Rugby Paper.