Flyhalf Matthieu Jalibert and Teddy Thomas are the only the only starters from France's win over Scotland who will start again this weekend against Italy.

The reasoning for this is a deal struck between the LNR, the governing body of the TOP14, and the French National side that players would be able to play just three games this test window. The likes of Ollivon, Alldritt, Dupont, Fickou and others have all reached that limit which has seen a complete overhaul of the squad for the final two tests.

This has seen an overhaul of the side to take on Franco Smith's Italy at the Stade France on Saturday. On the bench, scrumhalf Baptiste Couilloud and Louis Carbonel also remain in the side that beat Scotland with Carbonel still yet to make his test debut.

The rest of the side has been changed with Baptiste Serin replacing Antoine Dupont and scrumhalf and will also take over the captaincy from Charles Ollivon. Toulon's Gabin Villliere earns a starting test debut on the left with with Teddy Thomas on the right while Brice Dulin returns to the French test squad at fullback.

Joining Dulin in making his return is the inform Stade Francais centre Jonathan Danty who links up with test debutant and former France 7s star Jean-Pascal Barraque in the centres. Cameron Woki, Sekou Macalou and Anthony Jelonch all return to add to their test cap tallies while there is a pair of debutants in the second row in Lyon's Killian Geraci and Pau's Baptiste Pesenti.

There is a final test debut in the front row for Toulouse loosehead prop Rodrigue Neti who joins fellow clubmates Peato Mauvaka and Dorian Aldeghri. Racing 92's Teddy Baubigny could also make his debut from the bench along with clubmate and loosehead prop Hassane Kolingar while the front row cover is completed with the intimidating frame of Uini Atonio.

Bordeaux lock Cyril Cazeaux is another potential debutant as too is Toulon's Swan Rebbadj. Finally the team is rounded out by the likes of Couilloud, Carbonel and another debutant in Yoram Moefana.

LEARN MORE ABOUT THE NEW FACES IN THE FRENCH SQUAD HERE 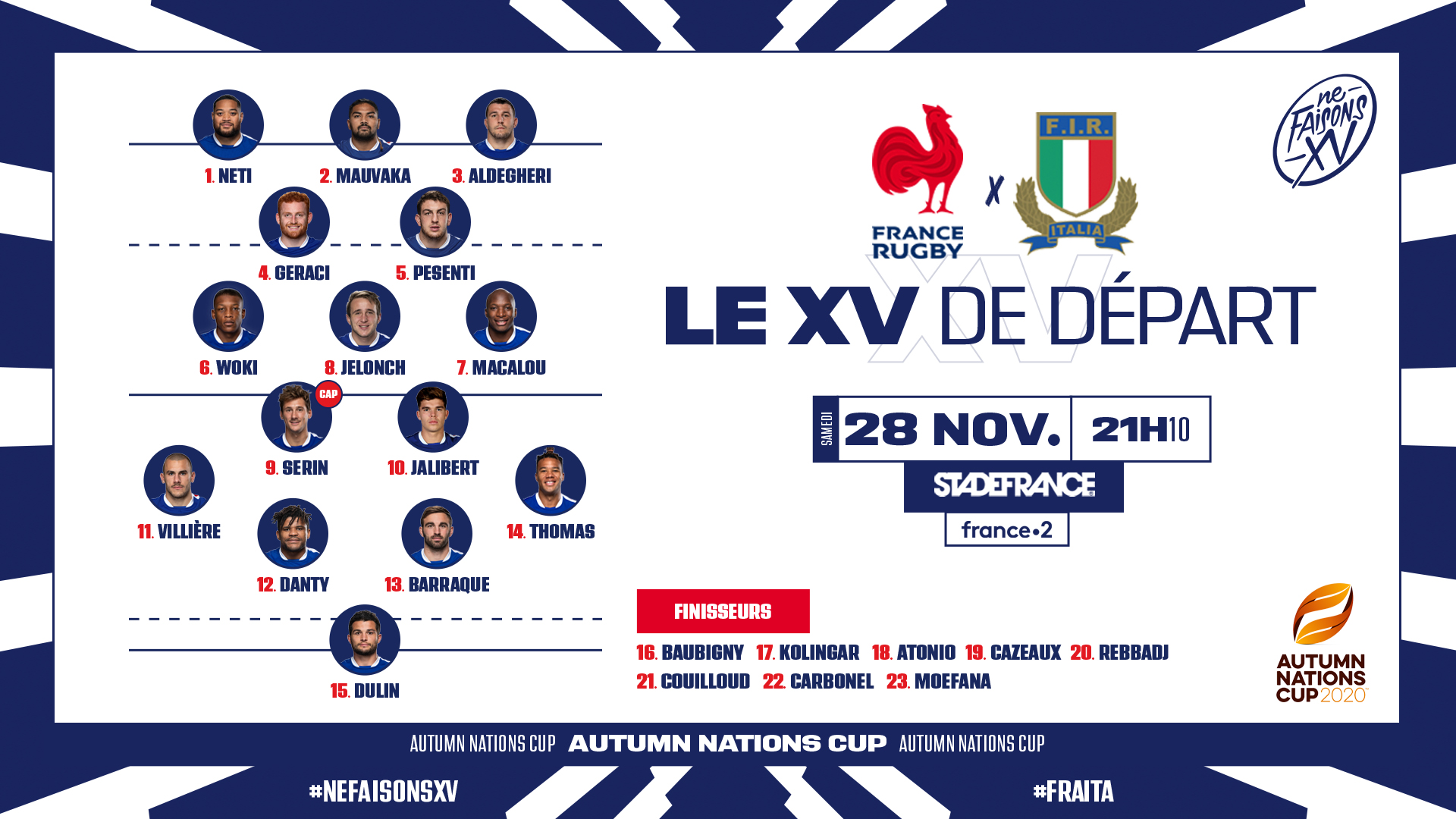