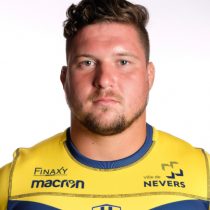 Schooled at Oakdale High School in Riversdale, Roelofse represented the South Western Districts from age 16 and was a vital cog in their u.19 Currie Cup campaign of 2015.

In 2016, he made the jump to the senior professional game, featuring in the Currie Cup First Division.

A single Varsity Cup with NMMU followed and French clubs started clamouring for his signature.

He signed for Albi and made 19 appearances for the club in a single season before joining Nevers ahead of the 2017/18 season.

His rapid rise continued in the PROD2 saw him move over 70 appearances for Nevers by May 2021.

He signed for Stade Francais ahead of the 2020/21 season.