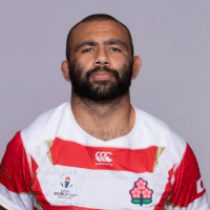 Leitch was born in New Zealand but moved to Japan aged 15 to study. He learnt the Japanese culture and language which he says he now speaks better than his native English and is considered well integrated to Japan. In 2008 he captained Japan at the Junior World Championship in Wales.

He made his international debut later that year against the USA in Nagoya aged 20 and quickly established himself as a regular member of the national side. He played in the 2011 Rugby World Cup and impressed as was praised as one of Japan's best forwards, winning man of the match in the loss against Tonga where he made a try saving tackle on Siale Piutau and scored a try.

His 2015 season for the Chiefs was a stand out season and the Japanese captain will take his side to the RWC where they famously beat the Springboks in group stages.

In April 2017, Chiefs back-row Leitch was set to play for the Sunwolves after revealing he has inked a deal with them.

In June 17, Leitch was selected in Japan's test squad against Ireland, and added to his 47 caps.

Leitch has made over 70 appearances for Toshiba Brave Lupus, scoring 100 points.

He was granted early release from his Chiefs contract and was included in the Sunwolves 2018 squad.

Leitch cemented his place into the Japan squad for the 2019 Rugby World Cup and has made 67 appearances as he heads into the quarter finals of the tournament.