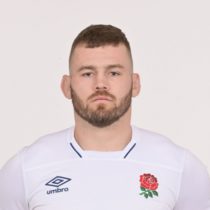 Born in Truro, Cowan-Dickie began playing rugby aged just six with Penzance & Newlyn before joining the Chiefs. Cowan-Dickie is another huge success story of the Exeter Chiefs Academy set-up. Having initially started out as a prop at Truro College, Cowan-Dickie was brought into the senior ranks at the Chiefs in 2011, making his debut in an Amlin Challenge Cup clash away to Italian minnows Cavalieri Prato at the age of 17.

Although a more than able performer at loosehead, it was decided that to enhance Cowan-Dickie's hopes of international recognition, a move to hooker would allow him to go even further within the game. In 2013, he was one of five Exeter Chiefs players to help England Under-20s lift the Junior World Championships with a 23-15 victory over Wales in France.

Keen to help develop his game, the Chiefs dual-registered Cowan-Dickie with then Championship club Plymouth Albion, where he featured 21 times, scoring 25 points. His quality, however, was clear to see and his relentless work-rate, coupled with ability to throw himself into everything, made him an appetising prospect for head coach Rob Baxter.

In the years that followed, Cowan-Dickie continued to turn in stellar performances, helping the Chiefs to not only lift the LV= Cup in 2014, but to also reach back-to-back Premiership finals in 2016 and 2017, the latter of which they won against Wasps.

A member of England’s 39-strong training squad for the 2015 Rugby World Cup, Cowan-Dickie’s Test debut arrived against France at Twickenham in a warm-up match. While he ultimately missed out on World Cup selection, he won his second Test cap against Wales in March 2016. The talented hooker helped England win the Grand Slam in 2016, whilst he was also a member of their tour party for the hugely successful summer tour to Australia. A knee injury meant Cowan-Dickie missed out on touring Argentina in the Summer of 2017. In January 2019, he put pen to paper on a two-year deal that would keep him at Exeter Chiefs until the end of the 2020/2021 season.


Cowan-Dickie started the Premiership final in 2016/17 as Chiefs defeated Wasps to be crowned champions before repeating the feat against the same opponents in 2019/20. An integral part of the England set-up leading up to and during the 2019 World Cup, Cowan-Dickie played in the final against the eventual winners, South Africa.

He also started the 2019/20 final of the Heineken Champions Cup, scoring the opening try for the Chiefs as they completed a historic Premiership and European double.

Cowan-Dickie has remained a regular in the England match-day 23 ever since, making three appearances in their 2020 Six Nations triumph and another five in the 2021 Championship, of which he started three.

He was once again added to England squad for the 2020 and 2021 Six Nations. Having done enough for Exeter Chiefs and England he caught Warren Gatland's eye and was selected to tour with the British and Irish Lions to South Africa in 2021

Cowan-Dickie made his B&I Lions debut off the bench in the opening tour game in South Africa against the Lions. He played three further tour games before the test series scoring a try in a man of the match performance in the final tour game against the Stormers.