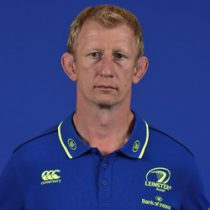 Winning trophies has been part and parcel of Leo Cullen’s career. Indeed, even in the infancy of his career, Cullen was successful: beating his future teammate Geordan Murphy’s Newbridge College side for his own Blackrock College in the 1996 Leinster Senior Schools final.

Cullen, after coming through Leinster’s academy and A sides, made his full Leinster debut in 1998. His first stint at Leinster would last seven years before he joined the Leicester Tigers in 2005. He then won both the EDF Energy Cup and The Guinness Premiership for Leicester in 2007.

In total, Cullen made 56 Leicester performances, 15 of these appearances were as captain. Leinster resigned Cullen in 2007, where he was part of their 2007/2008 domestic league Championship-winning sides.

In 2008, after Brian O’Driscoll stepped down from the role, Cullen had the honour of being named Leinster captain. He was the only player ever to captain a side to three Heineken Cup triumphs, winning the trophy as captain in 2009, 2011, 2012. He made his Irish debut against New Zealand in 2002, and has since won 32 caps.

He joined the Leinster backroom staff after his retirement and he became the new Leinster forwards coach from 1 July 2014.

In August 2015, Leinster appointed Cullen as Head Coach of the province on a two-year deal.

In April 2017, the club re-signed their coaching ticket which saw Stuart Lancaster remain for two more seasons as senior coach under Cullen. Cullen will remain in charge of Leinster for the next two seasons.

Leinster Rugby and the IRFU confirmed in May 2017 that Cullen signed a new deal and would lead the province for a further two seasons until the end of the 2018/19 season.

He became the first person to win the top European Rugby trophy as a player and a coach, when his Leinster side defeating Racing 92 in the Champions Cup final in May 2018, having already won it three times as a player.

In February 2022, Cullen activated the option of another season committing to Leinster until the end of the 2022/23 season.