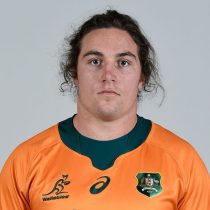 Born and bred in the ACT, Lonergan joined the Brumbies Academy after graduating from Trinity Christian College and honed his craft playing for Tuggeranong in the Callida Consulting John I Dent Cup and also the Canberra Vikings in the National Rugby Championship.

Following in the footsteps of his older brother, Ryan Lonergan, Lachlan has also gone onto represent the Junior Wallabies. The hooker is a product of the Brumbies Academy and earned promoted to the senior squad for the 2020 Super Rugby season after shining as a Schoolboy at various levels.

Developing nicely as a modern hooker shows a real willingness to carry the ball in the loose, tackle everything that came his way, and pop up with the occasional try. Lonergan then made the step up to NRC level with the Canberra Vikings, showing he can cut it at senior level as well, another step on his collision course with Super Rugby.

Strong in the set piece, Lonergan's point of difference comes with his dynamic athleticism and speed around the field, making him a threat on both sides of the ball to any opposition.

At the age of 20, Lachlan made his Super Rugby debut against the Chiefs coming off the bench along with his brother as the Brumbies caused an upset beating the much favoured Warren Gatland coached Chiefs 14-26. He made a further two appearances before the season was called off.

The 2019 Junior Wallabies rake has had a breakout season in 2021, featuring in all bar one match for the side throughout the Super Rugby AU season. He was also selected as part of the Wallabies training squad in 2021, Lonergan's future is bright with Brumbies supporters set to see plenty of him in blue and gold into the future.

Lonergan recommitted to the Brumbies for a further year in May 2021.