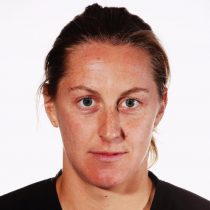 Brazier has cemented herself as one of New Zealand’s best ever rugby players. Brazier’s versatility around the field makes her a crucial addition to any team, able to pull on the 10, 12, 13 and 15 jersey numbers.

Having taken part in several successful sevens campaigns, Brazier returned to the Black Ferns in 2016 and handled kicking duties in all five World Cup matches.

Before linking up with Bay of Plenty for the 2017 provincial season, Brazier played for the Otago Spirit, where she still holds the record for most points in a match (45 in 2012 season).

She has been part of teams that have secured the Sevens World Cup in Moscow and a historic silver medal at the 2016 Rio Olympics.

In 2019 she is making a much-anticipated return to the Black Ferns after the successful 2017 Rugby World Cup campaign.