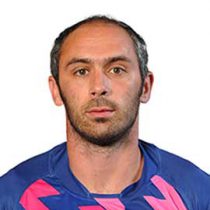 A former scrumhalf, Julien Dupuy fitted the cliche of a French scrumhalf with his silk passing, seeing pace and accurate kicking.

Julien Dupuy played for Biarritz and Toulouse in the French Top 14 for 7 seasons making over 100 appearances before joining Leicester Tigers in 2008.

At the end of his first season at Leicester he helped them win the 2009 Premiership final, scoring a conversion and a penalty. It was confirmed in April 2009 that he would remain at Leicester for the 2009-10 Guinness Premiership season but in June 2009, Leicester coach Richard Cockerill resigned himself to losing Dupuy to Stade Français.

He was only halfway through a two-year deal but has reportedly been unsettled at Leicester because his French girlfriend was homesick. After the end of the season, he left Leicester for Stade Français, where his 2009-10 Top 14 season was ended early by a 24-week ban for contact with the eye or eye area of Stephen Ferris during Stade's loss to Ulster in the 2009-10 Heineken Cup. The ban was reduced to 23 weeks on appeal.

Dupuy made his France debut on 13 June 2009 in the first Test against New Zealand at Carisbrook, Dunedin, a game that France won by 27 points to 22.

He remained at Stade for the remainder of his career playing over 180 games for the club before retiring in 2017.

He moved into a coaching role with Stade Francais before leaving to Toulon in 2019.