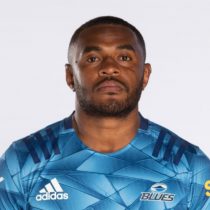 Macila was signed by the Crusaders in 2014 and has been playing for them since the 2015 Super Rugby season.

He was spotted by local 7s coach, Lote Rasiga and was included in the Red Rock 7's squad.

A strong performance in the 2014 ITM Cup saw him getting Super Rugby offers from Blues, Highlanders and Crusaders.

He mainly played as a back-up winger for the crusaders in the 2016 Super Rugby season behind Nemani Nadolo and David Havili.

In Round 10, he started on the left wing due to Nadolo being given a 4 week ban and scored three-tries.

On July 21st, 2016, Crusaders confirmed that the speedy winger will return to red and black in 2017, recommitting for two years, having already made 14 appearances in Super Rugby for the Crusaders scoring 7 tries.