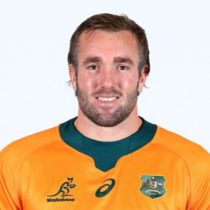 Rodda is a towering lock who is not afraid to use his physical advantage to better his team. He played brilliantly for Australia in the side’s victory over New Zealand at the Oceania Rugby U20s Championship.

An important part of the 2016 Australia U20s, he was a part of the Aussie U20s side that defeated New Zealand for the first time at U20s level at the Oceania Rugby U20s Championship on the Gold Coast.

Rodda enjoyed a fine start to his Super Rugby career as he debuted for the Reds in the opening round against the Sharks, he went onto make 11 other appearances for the side, scoring his first try.

In August 2017, he was named in the Wallabies squad for the Rugby Championship. The then 20-year-old stamped himself as a star of the future with a breakout 2017 for the Reds.

Known to be aggressive and abrasive on the field, the young Queenslander has plenty of potential in the gold jersey since winning his first cap.

By the end of the 2019 Rugby World Cup, Rodda took his test cap tally to 25 and by the time the 2020 Super Rugby season was called off he had made 46 Super Rugby appearances for the Reds.

In May, Rodda was one of three Reds' players. who refused to take pay cuts of an average 60% that their Australian Super Rugby counterparts accepted.

He was subsequently released from his contract with the Reds and Rugby Australia having originally signed through to 2023.

Rodda played one season with Lyon before signing to return to Australian Rugby and the Western Force from the 2022 Super Rugby season.

He earned a recall to the Wallabies squad in 2021 where he again proved his standing as one of the world’s leading second rowers.

In March 2022, he re-signed for the Western Force and Rugby Australia until the end of the 2024 season.