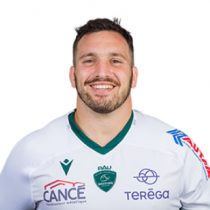 He travelled to the World Rugby U20 Championship tournament in both 2014 & 2015, and in 2016 was named in the Argentina XV squad for the Americas Rugby Championship, appearing as a reserve against Chile.

Calles joined Top 14 club Pau in 2018 and has since become a regular in the side.