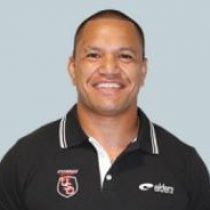 Hika Elliot has an impressive rugby CV having represented NZ Schools (Captain), NZ u19, NZ Maori as well as the All Blacks. His biggest challenge was coming back from a serious injury that threatened his rugby career.

He made an impressive comeback with back-to-back Super Rugby wins with the Chiefs, a Ranfurley Shield win with Counties Manukau, and an All Black recall in 2015. The Super Rugby centurion has a range of other sporting achievements with age group representation in NZ basketball and a black belt in Kung Fu

The hooker is one of the Chiefs most experienced players having played 115 Super Rugby caps, scoring 8 tries, and was again included in the Chiefs 2017 Super Rugby squad.

In May 2017, Oyonnax announced that Elliot will be joining the club following the conclusion of the Super Rugby tournament.

He agreed a two-year deal with the French club having finished as champions of the Pro D2 at the end of this season.

Elliot switched allegiances and signed for rivals Colomiers in 2020. The following season he was handed a new deal at his new club until 2023.