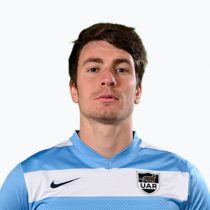 Gonzalo became a regular player for Jaguares in 2013, captaining the side in 2016.

He had his first cap for Argentina against Paraguay on 23 May 2015 for the South American Rugby Championship in Asunción.

His consistent performances secured himself a place in the Jaguares Super Rugby squad in 2016 & 2017.

Bertranou earned 5 caps for Los Pumas and found himself third in the pecking order behind Landajo and Cubelli.

However, he secured his name into the national squad ahead of the 2018 Rugby Championship.

As of June 2020, Bertranou has made 45 appearances for the Jaguares.