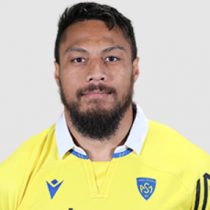 In November 2011, Moala was selected in the Blues 2012 squad where he has made multiple appearances. In 2010, Moala also represented Tonga in the IRB Junior World Championship.

With Charlie Ngatai injured ahead of the three-Test series in June 2016, Moala was called into the New Zealand squad by Steve Hansen as replacement.

Ahead of the 2018 season, Moala has 3 test caps for the All Blacks and has made total of 67 Super Rugby appearance scoring 29 tries.

He is one of the fastest and strongest members of the Blues squad, Moala is versatile - he can cover wing or either centre.

He is an explosive runner, dangerous with ball in hand and his power makes him difficult to stop.

The block-busting midfielder, who made his All Blacks debut in 2015, will be the most capped back for the Blues heading into his final season with the side before he joins Top 14 side Clermont.

Moala had an injury-ravaged Super Rugby season making only appearances scoring one try.

Moala quickly cemented a place in the Clermont starting XV and has been one of the most consistent centres in European rugby since making the move from the Blues.

He made 69 appearances in his first three seasons at the club and is regarded as one of the best midfielders in Europe ahead of the 2021/22 season.