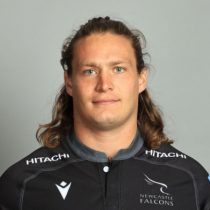 His performances for Massey were impressive enough to earn him a call-up to North Harbour’s provincial side for the Mitre 10 Cup Championship for the 2016 season, Collett playing all but one of their games and forming a key part of the side which defeated Otago to win the national final.

Topping North Harbour’s tackle count and winning their Most Promising Player and Premier Club Player of the Year awards in his first senior season, his eye-catching form continued during 2017 when he helped them to a third-placed finish in the top division of the Mitre 10 Cup.

Collett’s game is founded on work rate and defence, the former Stamford School captain making a total of 19 appearances for North Harbour in two seasons.

His first contribution as a Newcastle Falcons player was helping them to the final of the 2018 World Club 10s in Mauritius, going on to make his first team debut in the Premiership Rugby Cup victory at Harlequins. Collett helped the Falcons to promotion during the 2019-20 campaign, and having impressed during the 2020-21 Premiership he signed a one-year contract extension in the summer of 2021.