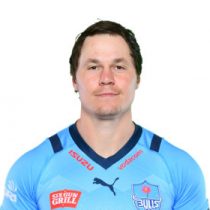 After school, Chris went to Stellenbosch University where he regularly turned out for the Varsity Cup side.

After starring in the Varsity Cup, Smith signed for the Pumas in 2018 after winning the competition.

Since linking up the Pumas, Smith has made the 10 jersey his own at the Pumas and was loaned out to the Bulls in 2019 on a loan deal which became a permanent move ahead of the URC