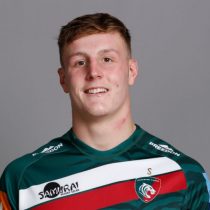 Hong Kong-born and capped at age-group level by Scotland, second-rower Cameron Henderson is also English-qualified and joined Leicester Tigers during the summer of 2020.

Henderson had spent a summer with Tigers Under-18s during 2017 but was based in Scotland where he joined Glasgow Warriors as a Scottish Rugby Academy player. He was also selected in the Scotland squad for the 2019 World Rugby Under-20 Championship in Argentina.

After joining Tigers during the postponement period in 2020, he made his senior debut in a home game against Bath. He claimed a try in the trip to Gloucester and, two weeks later, marked his first Premiership start with a try at Wasps.