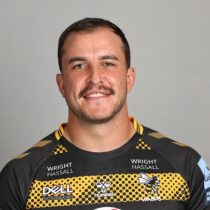 A centre from the same school as Jacque Fourie, Megiel Burger Odendaal shone as a schoolboy and represented the Lions at Grant Khomo (U16) and Craven Week (18) levels.

After school, Odendaal crossed the Jukskei River to join Pretoria-based side the Blue Bulls who he represented at U19 level scoring three tries in eight starts for the side and in the same year he made the step up to Under-21 level, playing for the Blue Bulls U21 side in the 2012 Under-21 Provincial Championship and continued at the level in the 2013 Under-21 Provincial Championship.

He also made solitary appearances for the UP Tuks in each of the 2013 and 2014 editions of the Varsity Cup. In 2013, he made his debut for the Blue Bulls' senior team int eh clash against the Falcons. He made six further appearances for Blue Bulls and helped the team win by 39 tries against the Griffons in 2014.

He returned to the Blue Bulls side for their 2014 Vodacom Cup campaign and made six appearances for them, all of them in the run-on side.

In the years that came, Odendaal became a regular in the Bulls Currie Cup and Super Rugby teams and was voted as the Bulls senior player of the year in 2017 after a standout season.

During his time at the Bulls, he also enjoyed two loan spells in Japan with Kubota Spears in 2018 and 2019.

In July 2019, he was named as captain of the Blue Bulls for the 2019 Currie Cup season and went on to captain the side in Super Rugby the next season.

In July 2020, Odendaal crossed the Jukskei River once again signing with the Lions. During his time with the Bulls he scored 7 tries in 59 Super Rugby appearances.

February 2022 saw him sign a deal with Premiership side, Wasps.