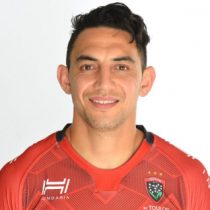 Bryce Heem has made a telling impact on the sevens circuit since his debut in 2012. The Auckland native has spent time in the Auckland and New Zealand set-ups, but found his feet in the wide open space of sevens.

With a rangy yet powerful running style, Heem is sure to trouble even the most organised of defences on the sevens circuit for years to come.

In 2015 he was selected in the Chiefs Super Rugby squad where he made an immediate impact, however, after only one season in Super Rugby he signed a contract to leave NZ shores and play for Worcester Warriors.

In his debut season at Sixways, he scored seven tries in 18 appearances before picking up the Club's Player of the Season award and a contract extension.

Heem scored five times in the final eight games of the 2015/16 season and was named Franco Florenzi Player of the Season by Warriors fans.

His second season at Sixways was disrupted by injury, but the winger still managed to rack up an impressive nine tries in 12 games, scoring an important double in a huge match against Bristol Rugby in March 2017.

In January 2021, Heem was released from his contract from Toulon citing 'major family reasons'.

Heem scored six tries in 25 outings for Toulon, adding to his tally in the Northern Hemisphere after dotting down 32 times for Worcester in 70 matches.

In February 2021, Heem was announced as the Blues final signing for the 2021 season.