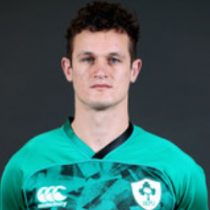 Burns, who made his first-team bow in February 2012, was nurtured through the Gloucester Rugby Academy.

Since his debut, the young playmaker made over 50 appearances in the Cherry and White jersey, starting the first five Premiership games of the 2017 season.

The Junior World Champion from 2013 displayed undoubted skill and potential, with this leading to Director of Rugby David Humphreys moving swiftly to ensure that Burns stays at Kingsholm, extending his contract beyond 2017.

The Irish-Qualified flyhalf then signed a two-year deal with Ulster in July 2018.

As of May 2020, the former England Under 20 international has made 36 appearances for Ulster and has scored 67 points.