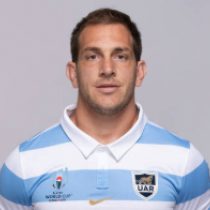 After having spells with Harlequins & Oyonnax from 2010, Urdapilleta signed for the Castres in 2015.

The pivot has a deadly boot and manages the game well with solid defence in the 10 channel. He made his test for Argentina in 2007 against Chile.

His accomplishments include being the highest scoring non-Frenchman in the 2015 Top 14 season with 297 points.

He was recalled to the Argentina squad ahead of the 2019 Rugby Championship and added to his 10 test caps for the first time since 2013.

In December 2021, Urdapilleta penned a new deal with Castres until 2023.