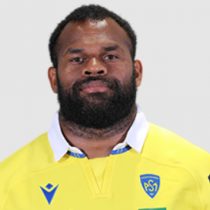 Born in Naitasiri, Fiji, Raka played age grade rugby for Nadroga in the U16 and U20 grade before joining the main Nadroga team in 2014.

He played 7's rugby for local side Tovolea before joining champion side Daveta in 2014. He made his debut for Nadroga in October 2014 against Vatukoula in the Skipper Cup scoring a try on debut.

He joined the ASM Clermont academy in November 2014 as part of a memorandum between Nadroga Rugby and ASM Clermont.

In September 2017, the powerful wing re-joined with Les Jaunards until June 2021 after 25 matches and 17 tries with the club.

The speedster, who can also play in the centres, scored a sensational hat-trick against Saracens in December 2017.

Having become eligible for selection for France and the uncapped winger was named in the squad to prepare for the Rugby World Cup in Japan.

Raka made 4 test appearances for France before falling out of favour. In November 2020, he was recalled.