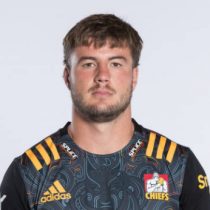 Nankivell debuted for the Makos in 2015 fresh out of the 2014 Christchurch Boys High School team that won the South Island secondary schools final.

His form in the 2016 Makos campaign earned him an injury replacement call up by the Chiefs.

Nankivell made his debut against the Stormers in Cape Town and made 3 appearances for the Chiefs in 2017.

The youngster then played a key role in helping Tasman to the Mitre 10 Cup Premiership final and in November he was named in the Chiefs 2018 Super Rugby squad.

Nankivell’s impressive 2019 season caught the eye of the Māori All Blacks selectors and he made his mark on the international stage against Fiji.

He heads into the 2020 Mitre 10 Cup season having made 45 appearances for Tasman Makos.