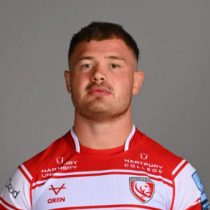 Alex played for Hartpury College for the 2016/17 season. He was on dual registration with Hartpury RFC for the 2018/19 season.

Craig signed his first professional contract with Gloucester, thus promoted to the senior squad from the 2019-20 season.

Craig received his first call up to the senior Scotland squad on 15 January 2020 for the 2020 Six Nations Championship.