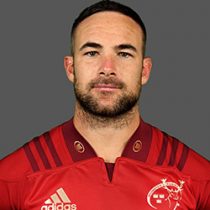 A graduate of Victoria University of Wellington, Mathewson has earned himself a reputation as a quality scrumhalf with a sharp pass from the base.

Having grown up in Hastings, New Zealand, Mathewson went on to represent the Hurricanes in Super Rugby. Two years later he moved to the Blues in 2009 where he spent a further two years before moving to Australia to take up a contract with emerging franchise, the Western Force.

Mathewson has represented the All Blacks and made his debut in 2010.

In September 2016, he answered Canterbury's SOS and joined the squad as injury cover for Mitchell Drummond, before linking up with Bristol Rugby in the Premiership.

At the end of the 2016/17 season in the Premiership, Mathewson was released from his contract at Bristol.

In October 2017, the four-times capped All Black signed for Toulon on an initial one year deal, with the option of a second.

Mathewson has played Super Rugby for Western Force, Hurricanes and the Blues, while he had a stint in England with Bristol during the 2016/17 season.

He represented Toulon on 19 occasions during the 2017/18 season, helping the side to the playoffs in both the Top 14 and Champions Cup.

In August 2018 he signed a four-month deal with Munster as injury cover for Conor Murray.

As of the 2018/2019 Champions Cup, Mathewson has had 4 Champions Cup appearances scoring 2 tries and 10 points.

In February 2020 he signed a one-year deal with Ulster following a hugely successful stint with Munster Rugby.