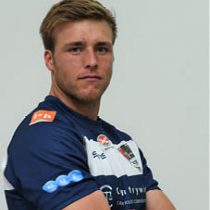 Having represented England at U16 level, Peters proved himself a Championship performer in 2016 as he made 18 appearances and scored three tries for Richmond RFC.

Prior to the 2016 season, he spent 4 seasons with National One outfit Loughborough Students where he made 66 appearances and whilst at Loughborough he also played for Premiership Wasps 'A' team in the Aviva 'A' League.

In May 2017, Rotherham Titans strengthened their pack with the signing of the back rower.

The following season, he signed for Coventry Rugby and made 15 appearances before signing a new deal in February 2019.