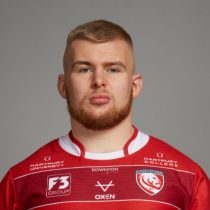 The Gloucester-born Alex studied at Hartpury College and joined Gloucester’s Senior Academy for 2016/17.

He became a member of the Hartpury College AASE when 16 and has represented Stroud District Schools, Bath & North-East Somerset and the Gloucestershire U16 side.

His father Chris played for Beaufort School and Spartans Colts in Gloucester, coached at the Stroud junior section and helped with coaching at Bath Youth.

In January 2017, he was named in the England U20 team for the U20 Six Nations as an injury replacement.

He has been a crucial figure in Hartpury's Championship stint in the 17/18 season.

In January 2018 Seville was named in the England u20s squad.

On 17 December 2018, Seville signed his first professional contract to stay with Gloucester, thus promoted to the senior squad for the 2019-20 season.
Alex made his first team breakthrough in 2018-19, making 10 appearances.