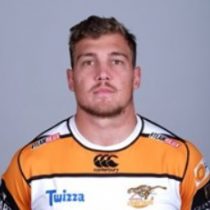 The number 8 has made a real name for himself since making the South African Schools team in 2012.

Schooled at Daniel Pienaar, Davis signed up with Eastern Province in 2012 and went on to make his senior competitive debut in the 2013 Vodacom Cup.

The same year saw selection for IRB Junior World Championship, his first Currie Cup and a Super Rugby debut for the Southern Kings.

In December 2015, Davis was one of the first twenty players that signed contracts to play for the Southern Kings in the 2016 Super Rugby season before joining Top 14 side Toulon for the 2016–2017 season.

After a short stint at Toulon, Davis signed for Bayonne.

He returned to South Africa in 2018, signing with the Cheetahs.