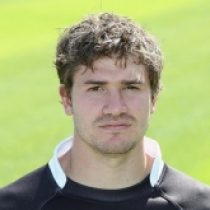 A product of the Saracens academy and an excellent young centre who has represented England at Under-16, U18 and U19 levels. His hard work in the Saracens midfield have seen Powell receiver England Saxons call-ups and he already boasts over 100 caps for the club. His distribution skills and solid defence make him a vital part of the Saracens squad.

Newcastle Falcons centre Adam Powell will leave the club at the end of the current season to take up a coaching role with Saracens' academy.

The 30-year-old joined the Falcons in 2013 during their RFU Championship title run-in, going on to make 78 appearances, all but 10 of which were starts