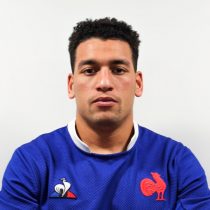 Paris born Reilhac started his rugby at the age of six at Rugby Club Paris XV before moving to Mauritania where he joined Fennecs of Nouakchotte.

He returned to France in 2009 where he featured for Montpellier's youth sides.

He then joined the Mermoz Section and before becoming a member of the Montpellier Academy side. The talented centre made his debut for Montpellier during the 2016/17 season and was rewarded with a three-year senior contract under Vern Cotter in October 2017.

Under Vern Cotter, Reilhac became a regular in the starting line up of the first team and by the end of the 2018/19 season he had accumulated 46 appearances, after a breakout season where he missed just 5 games

The centre, who can play on the wing, went into the 2019/20 Champions Cup season with 8 appearances in Europe and 3 tries scored in the Championship.