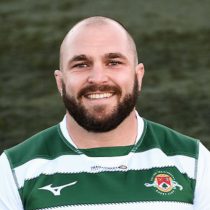 Will Davis has come through the ranks of the Bristol Academy and Bristol senior team. He also attended the Worcester and Bath academies and finally settling at Ealing Trailfinders. He was instrumental in securing their promtion from National 1 at the end of the 2015/16 season.

Davis moved up from his hometown club of Bristol in 2014 and helped the team return to the Greene King IPA Championship by winning the National 1 title.

In the 2016 season he played in 21 Championship and British and Irish Cup matches after returning to full fitness early in the campaign having missed the end of the previous season with a shoulder injury.

After over 70 appearances for Ealing, having been with the club for four seasons, Davis signed a deal to join Northampton Saints for the 2018/19 season.